“For more than 800 years, my family has been cultivating vineyards, sustainable and natural farming is in our DNA, and Fair and Green is helping us to evolve it, with a holistic approach and external control as key principles.”

Farmed for 800 years by the Salm Salm family, the Weingut Prinz to Salm-Dalberg’sches winery is the oldest family winery in Germany.

The winery was first mentioned around the year 1200 in a document. In the goods list of the year 1200 are registered on the family of the vineyard “Wingert in Summelachen”, today Sommerloch and 1217 the vineyard “Breitwiesen”. The landlords initially lived on the 1150 built upper castle above Dalberg. When the castle lost its strategic importance, built in 1756 today’s Dalberg Castle in two kilometers from Wallhausen to the residence. This building was previously used only as the administrative seat of the lords of the castle.

Michael Prinz zu Salm-Salm was president of the VDP for 17 years. In 1988 he began to convert his winery to organic viticulture. Since 1995, the vineyards are managed ecologically according to the guidelines of Naturland. Today’s administrator Prince Felix took over the fortunes of the winery in 2014 in the next generation. He leads the company together with his wife Viktoria.

There are regular events and events on the theme of wine in the castle courtyard.

Nahe
The adjoining terrains of the estate are south-facing steep slopes with excellent microclimate. Near Dalberg is Gruener Schiefer (also called Dalberger schist), while in Wallhausen under a blanket of clay, gravel, sand, loess and quartzite, the valuable Rotliegende (red schist) forms the ground. These soils are the basis for the good minerality of the wines. The “Felseneck” as well as the “Johannisberg” and the lot of land “Berg” are designated as first locations.

The Prince to Salm-Dalberg’sches winery cultivates lots of land on the Scharlachberg and Kirchberg. The scarlet mountain is covered by red weathering slate, which gives the mountain its name (scarlet red mountain). The Kirchberg has a heavy soil with increased lime content. Both vineyards belong to the Bingen ridge with quartzite as the bedrock. The two locations are not only among the best in their region, but also among the best in Germany.

74% of the area’s vineyards are planted with Riesling. The remaining 26% are made up of white, gray and Pinot Noir, as well as Scheurebe and Merlot.

Nature, the soil and the grapevines are the focus of our daily work. The respectful treatment with her is rewarded with a unique natural product.
Wine is not made in the cellar, but outside in the vineyard. In doing so, you rely on the forces of nature, ensuring well-cared-for soils, vital vines, reduced yields and healthy grapes.
During the expansion, the company relies on classic processes as well as on modern cellar technology and on the old vaulted cellar. This ensures balanced fermentation with a balanced coolness. In addition, you consciously rely on long storage times. 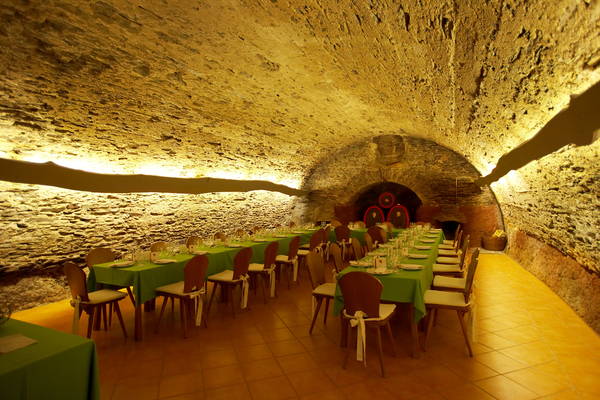 Link to the vinery: here

Location of the vineyard

Any cookies that may not be particularly necessary for the website to function and is used specifically to collect user personal data via analytics, ads, other embedded contents are termed as non-necessary cookies. It is mandatory to procure user consent prior to running these cookies on your website.